David A. Schwartz, DDS, offers general procedures including cleanings, fillings and cosmetic dentistry. His unique physiologic-based dentistry (PBD) approach focuses on returning the body to a natural state so it can heal and function properly.
PBD identifies how pain and headaches relate to a pathologic occlusion, or bad bite, often from improper jaw positioning. The doctor considers how physiology—the study of how living things and their parts function together—affects joint and jaw position, along with how muscles interconnect with the whole body.
Schwartz developed an interest in the profession during the eighth grade after he attended a dentistry presentation at a career day event. “Some kids have no idea what they want to do with their lives, but I knew I wanted a career where I could use my mind and my hands,” he recalls. “I felt that dentistry would be a great option.”
It was around that time that he learned that his paternal grandfather, who died before Schwartz was born, was a dentist. Schwartz earned a Bachelor of Science degree from Penn State in 1986 and went on to study dentistry at the New York University College of Dentistry, graduating with a Doctor of Dental Surgery degree in 1990.
After his licensure, Schwartz joined Dr. Ray Haslam’s practice in Hamburg, Pennsylvania. Haslam practiced mercury-free dentistry, an uncommon practice in 1990. “I hadn’t been trained that way, but Dr. Haslam convinced me that mercury wasn’t as safe as believed. I had an open mind, and thankfully, I did,” Schwartz says.
Schwartz later launched his own practice on August 1, 1994. A decade later, he learned about neuromuscular dentistry, an approach that focuses on the teeth, muscles, nerves and joints, and how they interconnect with whole body health. Through the Las Vegas Institute (LVI) of Advanced Dental Studies, Schwartz studied neuromuscular dentistry, later defined and differentiated by LVI as PBD.
“With PBD, we measure everything we can at today's level of knowledge to ensure we know where we are starting, and guide us to where the person needs to go. Traditional dentistry makes a guess at the end point and hopes it will fix the issues,” Schwartz explains. “We find the reason and rationale behind oral health issues. We look at how posture affects airways, which is all related to growth and development.”
Assess and Prevent
Oral health begins with the basics: exams, cleaning and tooth restoration using ceramic, non-metal fillings and materials. From there, Schwartz spends additional time with patients doing screenings and risk assessment.
Crooked or misaligned teeth can eventually affect the muscles and the jaw, Schwartz points out, leading to migraines, sleep disorders and temporomandibular joint disorder (TMJ). Schwartz has some of the latest technology that he uses in all of his work when treating headaches, TMJ and for corrective cosmetic dentistry and orthodontics.
“When we are able to put the pieces together and get to the root cause, we can set patients on the right path and start healing them,” Schwartz says. “I take time to talk to people and dive down to find root causes and make recommendations so they won’t need the same treatment in a different spot in the mouth a couple of years down the road.”
Schwartz says practicing PBD makes his heart sing. “Sometimes people choose to spend their money on a new car or clothes, but forget there are so many systemic illnesses that begin in the mouth. Gum infections can mean greater risk for stroke, diabetes, cancer or inflammatory disease. When we detect inflammation in the mouth, we can have the ability to control a great risk. A lot of it is treatable, and being a dentist, I’m on the front lines and can help people control these things.”

David A. Schwartz, DDS, is located at 701 Jefferson Blvd., in West Lawn. For appointments and more information, call 610-670-6910 or visit SchwartzFamilyDental.com.

Thank You to Our 10 Year Advertisers! 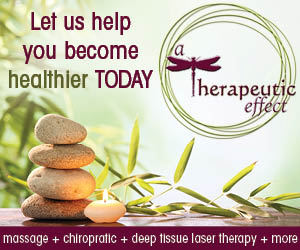 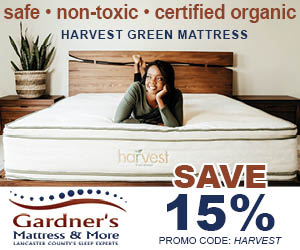