Jonathan Safran Foer on Conscious Eating to Save the Planet Jonathan Safran Foer, the prize-winning author of bestselling novels that include Everything is Illuminated and Extremely Loud & Incredibly Close, turned to nonfiction in his 2009 book, Eating Animals, about the morality of food choices in a factory-farm age. His most recent book, We Are the Weather: Saving the Planet Begins at Breakfast, argues that only collective action will save our home and way of life, and it starts with what is on our plate.
He points out that there’s often a painful disconnect between the way we think of ourselves and the actions that we take that inadvertently and negatively affect the planet, and that science can help us make more informed choices.
How did you make the connection between diet and climate change?
For anybody who has even the tiniest amount of curiosity about human interaction with the climate, it’s something you can’t possibly avoid learning about. The science is readily available now, and it’s extremely comprehensive. It’s important to continuously come back to that scientific consensus to make clear that this is nobody’s theory or perspective. Ninety-seven percent of climate scientists agree.
Did anything in researching climate science surprise you?
There’s a lot that startled me. A lot that scared me. I was surprised by how wrong we have been and how wrong we often are about what matters… putting the emphasis in the wrong places or not knowing where to put it at all.
There are four activities that matter more than all others in terms of an individual’s relationship with the environment: having fewer children, eating less meat or animal products, flying less and driving less.
As somebody who has spent a lot of time recycling and not using plastic straws, I was surprised to learn that those activities are very low impact compared to the four I mentioned. I was surprised by how broad that misunderstanding is. Think about our response to coronavirus compared to our response to climate change. The way governments are acting together to do what needs to be done for a virus makes it all the more puzzling how ineffectual the response to climate change is.
If people can’t do everything that needs to be done, what small steps can they take that will have a collective impact?
We all need to question what our own limits are, what we can do and then do that with rigor. We don’t need to stop flying, we just need to do it a lot less. I wouldn’t encourage anyone to suddenly become vegan. I think a better idea is to eat as few animal products as possible, and if that amount is zero, great. If it’s once a week or once a day, then that’s a hell of a lot better than doing nothing. Rather than measuring the distance from some ethical perfection, we want to measure the distance from doing nothing at all.

Why is it such a struggle for people to follow through on climate change goals?
I think that if we approach change as if it isn’t difficult, then we diminish our chances of being able to sustain change. A lot of the things we need to give up are fun. It’s a shame we can’t solve climate change by not eating broccoli; we would have done it already.
Climate change requires a different sort of moral imagination because, realistically, you and I aren’t going to die because of it. Human nature makes it more difficult to have an energetic response for something less immediate.
What call to action would you like to convey?
We have a feeling of helplessness, a feeling that there’s nothing we can do, but there is a lot that we can do and must do. The easiest and most powerful way to begin is with what we eat. That doesn’t mean you become vegan tomorrow, but tomorrow is a wonderful time to start eating fewer animal products. It’s a journey, not an event.
Julie Peterson writes about health and the environment. Connect at [email protected]

9:00am · No venue was assigned to this event.
View All Add Your Event 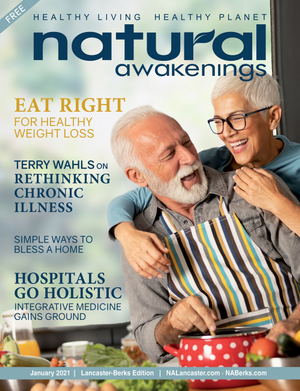