The City of Lancaster is committed to being green and sustainable. It was the first community to receive Sustainable Pennsylvania Community Certification under the Pennsylvania Municipal League’s (PML) statewide program in June 2014, recognized at the gold level of certification for meeting the program’s rigorous performance criteria, which tracks 131 policies and practices that define a sustainable community. The City of Lancaster tracks its energy and carbon footprint for all of its facilities. In addition, all the energy for city operations is backed by Renewable Energy Credits (RECs).

Lancaster City Hall earned the silver level of Leadership in Energy and Environmental Design (LEED) certification by the U.S. Green Building Council, and silver level certification is pending for the Water Administration building. LEED is the most widely used green building rating system in the world; LEED certification is a globally recognized symbol of sustainability achievement.

City Hall also has a green roof, along with the Dewatering Building and Fire Department Station 3. Adaptive reuse is also a green building technique; a former fire station was converted into the city’s recycling center.

The City of Lancaster’s Municipal Operations Climate Action Plan was publicly presented on May 9. According to Senior Planner Douglas Smith, the plan represents a bold step forward and a steadfast commitment to meeting the terms set forth by the 2016 Paris Climate Agreement.

1:30pm · Virtua Center for HealthFitness
View All Add Your Event 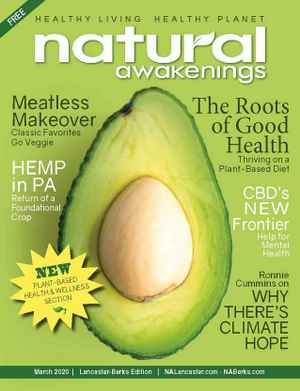