Lancaster native Myra Horst grew up with an appreciation for healthy, homemade food. “My mother was an extremely good cook and baker,” she says. “She instilled in me a love of delicious food, and she also taught me that if you want good food, this is how you get it, by preparing it yourself.”

Her family also kept a large garden and preserved their harvest through freezing and canning. Horst worked in grocery stores during high school, but she then stepped away from the foods arena for many years to do office work. She was also a stay-at-home mom.

“I later returned to office work, but I realized that I really didn’t enjoy that,” she laughs. “I had a love of food.” Through a friend that owned a café and coffee shop, Horst got a job making bagels, and then she gradually started crafting soups and other offerings. She enjoyed the work, and it felt like a natural fit.

When Horst was struck with some personal health issues, she used the power of nutritious whole food to heal her ailments. After recovering, she worked at a stand at Lancaster Central Market and soon became interested in cooking again.

Her role and connections at the Market led her to one of the former partners of Lemon Street Market, and she thus learned of a café manager position there. Horst recalls. “I polished up my resume and interviewed for the position, and I’ve been here for almost three years.”

The position proved to be a good fit. “I love the customers, my co-workers and also knowing that the foods I’m preparing are not just delicious, but healthful to people,” Horst enthuses. She believes that food is medicine and that their café’s quality food, such as non-soy, non-GMO eggs; pasture-raised meats; and organic produce are helping create a healthier Lancaster. “People say, ‘thank you so much for feeding me.’”

Customer favorites include a salad made with sustainably-caught tuna, scallions, red onions and green olives; quiche; chia pudding made with coconut milk; and hot sandwiches such as spinach and mozzarella or turkey with maple almond butter, slivered almonds and spinach. There’s an array of vegetarian/vegan, dairy-free and gluten-free items on the menu, and Horst says they make an effort to accommodate all dietary needs and preferences. Their salads in the take-out cooler are also very popular. Customers can wash down their healthy entrees with juices, smoothies and coffee drinks.

Horst likes to offer things that are a little different from most cafés. She researches recipe ideas online. “I read cookbooks cover to cover, like novels,” she says. “I start with an idea and develop a recipe to make it our own. I have a wonderful staff and I encourage them to bring in recipes. We all have something to offer and have different tastes.” She plans to expand the café’s take-out offerings, such as adding more prepared dinner entrees and overall takeout options.

The café reflects the healthful items found throughout the store, such as name brand and national-brands foods and organic products. “We’re known for our emphasis on local foods,” Horst says. Lemon Street Market carries honey from area beekeepers, local maple syrup, and produce, dairy and meats from farms in the region. “We have lots of cheese producers in Lancaster and surrounding counties. We have so much local fresh dairy, meats and produce that other stores can’t carry because these are smaller farms that couldn’t supply a larger store like Whole Foods.”

The staff at Lemon Street Market strives to create a friendly atmosphere while sharing their knowledge of healthy foods with the customers. “Some people come in here and look around as if bewildered, because their doctors told them they have to change their diets and they don’t know where to start,” Horst says. “Our staff shows customers where to begin.”

Sheila Julson is a Milwaukee-area freelance writer and contributor to Natural Awakenings magazines throughout the country. 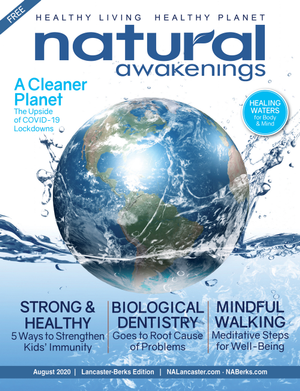